A forest fire ended all of those good intentions.

But what it could NOT destroy was my goal: the birth of Joneswood Foundation. There's still work to be done to advocate and educate the world about Sickle Cell Disease.

So, it is a new day for us at Joneswood Foundation. We will continue the vision and continue the cause: Sickle Cell Disease Advocacy, Education and Awareness.
Posted by Our Voice at Sunday, September 24, 2017 No comments:

Infection can be a burden in more ways than one. Always a possibility, "one out of a thousand" as my surgeon told me, I hit the lottery. May 5 was not only Cinco De Mayo, it was the day I got the news. "We're going to have to go back in," after that everything was a blur.

My mind raced through the last month of my supposed recovery. How I got a second chance, how my guardian angel watched over me, and I woke up to the aftermath...recovery. A month after surgery, with a wound that would NOT close, now "they have to go back in", Lord help me!!!!

I never thought to blame anyone, I quickly moved into survival mode. Let's fix it mode.

Looking back now I see it was all Gods plan. I had some personality problems that needed fixing.
-  I was an over planner, no one could have planned for this.
-  I didn't want to ask for help, I was forced to ask people to help me.

God forced my self-reliance to God-reliance in every aspect of my life.

When I asked God to show me the purpose of this "new" challenge, He showed me myself. The pride, the arrogance, I needed an attitude adjustment. He took me through (still taking me) the Truth where He said, "Humble yourself before the mighty hand of God."

I'm still in training, nowhere near done, but I see the destination...heaven. 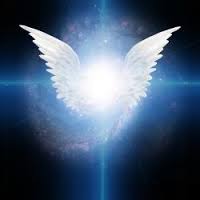 Having lost my mother-in-law two days before surgery both my husband and I were numb. We were going through the motions like robots, not feeling our loss, not feeling anything.

In the pre-op waiting room, the nurse who was preparing me turned the television on and I saw something, I don't remember what, but it reminded me of my mother-in-law and I started to cry. I was mourning my mother-in-law's loss right there in the pre-op nurses’ station.

For the first time, I assumed I saw God’s plan. I believed that my mother-in-law was assigned to me as a guardian angel to carry me emotionally through the surgery and to help remove any pain, any sorrow, any fear that I felt. I believed she was acting in behalf of God for me and I felt her presence. At that moment, I felt safe.

Seeing tears and hearing of my mother-in-law's loss, the nurse tried to comfort me. She offered a reassuring hug and her condolences for my loss. But this moment was between me and God. My mother-in-law loved the Lord and I knew she was in heaven.

My daughter Christina came into the room afterword and offered comforting words. I told her that I felt my mother-in-law was looking over me, protecting me.  Christina knows my faith, so she didn’t doubt that I felt I would be OK.

Then, my husband Rick came back into the room and I told him what I thought. He, being still numb from losing his mom one day and being here with me the next, it didn't register to him. He didn’t know my hidden fear which was right under the surface of my strong fearless exterior. He didn't understand because it was between me and God, as well.

Everything after that was a blur.

I remember them wheeling to me into the operating room, I remember the anesthesiologist standing over me asking me to think of someplace beautiful to which my response was "heaven", because part of me did not want to wake-up. I did not want to survive and deal with the repercussions of the aftercare conditions. Part of me wanted to unplug and die.

But my anesthesiologist his response was no we're not going to heaven yet think of a beautiful place where you want to go and when I put my mind to that focus I inhaled once twice and then I went into darkness.

Waking up after surgery caught me by surprise. For one thing I couldn't believe that I went through with it. Previously, I was on auto-pilot preparing for surgery. I had so much to do to prepare, I intentionally focused on my list of things-to-do and did not allow myself to think about the aftermath.

I don't even remember the sound of the heart monitor beeping or oxygen tanks filling, which I've heard before when I’ve had surgeries. I just remember being awake and thinking to myself, ‘I survived.’

I remember thinking that my mother-in-law watched over it all. And, I remember thanking God for not hearing my prayers “to take me to heaven.”

I remember my husband waiting for me to wake-up and when I opened my eyes he was the first person I saw.

Thank You Jesus for a second chance.

Can't Do Much But Laugh with Sickle Cell 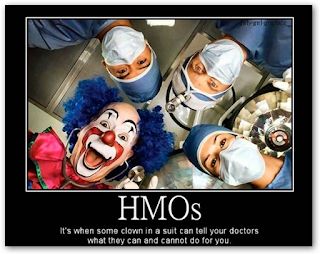 The days are getting longer as sunset is 1 minute sooner each day. My hip replacement surgery is not too far off because I also see new buds on trees signifying Spring is near. March is my daughter's birthday and my Niece, who loves love, wedding. Oh, how I love Spring.

Besides all this I'm trying to not focus too closely on the gory details of total hip replacement. I've turned my attention to my to-do lists. Borrow this, buy that, ask this person to help me do this, that and the other. So much to get settled.

Now to explain the clown picture.

My most recent doctors visit included a class I call, "What You Cannot Do After Hip Surgery". The instructor was a male nurse, Robert, who was an entertaining man who told stories about his elderly father who recently had hip replacement surgery. Robert explained rules that we all must follow; like don't bend past 90 degrees, don't cross your legs and don't point your toes toward each other. Of course, Robert's father managed to do them all. Robert also told us about a breathing machine that we must use to open our lungs after surgery to prevent pneumonia. Of course, his dad didn't want to use it. Robert was concerned about his dad's age and that pneumonia as a huge risk factor after surgery. Robert joked that he'd called his dad everyday to ask, "Are you doing your breathing exercises?" His dad's response was "HELL NO, that's stupid!" Thankfully, his dad recovered without any problems.

These funny stories put everyone at ease, considering the life altering surgery is scary business and the information is very important. I was happy Robert made us feel comfortable about the whole ordeal.

I'm sure I'll get my questions answered. I'll continue to prepare for my next trip to the dentist, and then to my primarily care doctor, where I'll have my list of questions all ready for him 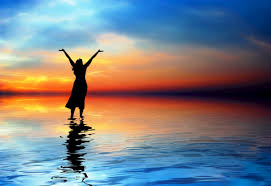 The older “seasoned” surgeon told me at my last appointment with him, “Wait as long as you can before getting a hip replacement”. I held onto this “wait” idea until I met his replacement.

At my first appointment, he seemed to rush me into scheduling a hip replacement. Scared, but wanting relief, I agreed.  We talked about doing the surgery in the next few months and then I panicked. I kept hearing the older, and I thought wiser, doctor’s instruction to “wait.”  So, when months past and the surgery scheduler called I never returned her calls. I was going to wait.

Flash forward to January 2017 and I meet that young (a little too eager to cut my hips off) orthopedic surgeon for the second time.

Feeling embarrassed that I stood him up for our surgery date back in 2006; I was all prepared to offer my excuse. He lightly knocked on the door, and then entered. Before I could open my mouth he said, “I remember you”.  He was older now and still handsome, but worn. The fresh faced youngster, who was inching to cut my hips off, had lived some life. He had done some hip surgeries on other sickle cell patients and he had experience.

We talked about the past, my not following through with surgery scheduling and the advancements in hip replacement techniques. We talked about my history of stroke and concerns about sickle cell complications. We were very transparent about what was going to happen.

I told him “I’ve dealt with my fear because I’m in the hands of Jesus”.  And, I really have released this whole matter to my Savior and Healer, Jesus Christ.

I have done all I could do from 1992 to 2017; with herbs, exercise, message therapy, etc.  All of these prolonged the issue but the issue remains. Avacular Necrosis in both hips, a complication of sickle cell disease could not be ignored any longer.

The one thing that stuck me as God’s wisdom, was when he told me, “You’re in a fork on the road. One road leads to the same suffering, the other leads to a life of possibilities. Decide what kind of future you want.”

I made my decision....surgery scheduled March 2017 and I’ll trust Jesus and leave the consequences to Him. 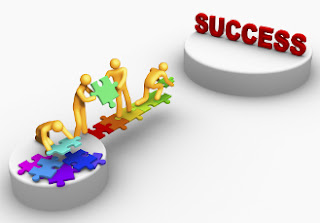 The drive to Los Angeles was clear of traffic but not clear of rain. I thought it to be ironic that the clouds seemed to reflect my spirit. Although I was optimistic about getting relief for my endless hip pain, the gloomy day seemed to reflect the endless emotional roller coaster that I seem to be on.  Nevertheless, I was excited to see my grand-babies, daughter and son-in-law.

When I arrived at their home I drove past their house wanting to go to the ocean.  I love the ocean. It always makes everything else seem small. Before facing my family, I needed to see the endlessness of God’s creation. The ocean seems to calms my soul and I really needed this emotional relief. Feeling silly for taking this detour, I drove past the Santa Monica beach exit and went back to my daughter’s house. It took me five minutes to bend, creek and crack my bones to stand up and walk. "Welcome to my world", I said, thinking out loud.

Seeing my daughter and her babies made me smile and forget my anxious thoughts. The next day I was up early due to barely sleeping the night before. I got dressed in warm comfortable clothes, thinking they would require me to change for examinations, but no physical examinations were performed. My health care provider has interconnected medical records, so the doctors in LA had full access to all of my medical records. I just love technology.

The first meeting was with a beautiful soul who met me with gentle compassion. This doctor was part of the sickle cell team, with experience with people who live in pain. We spoke about my past, current, and future health issues. We laughed about the funniness of doctors and how (we) patients need to be pro-active about our health. I explained that I wanted to connect with this sickle cell team to assist me in my journey to have new hips and she agreed to follow my care and pre-operation needs. This started my day off right. I was optimistic about the next appointment with the orthopedic surgeon later that same day.

That story is for another day. 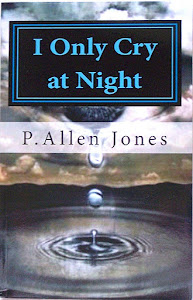 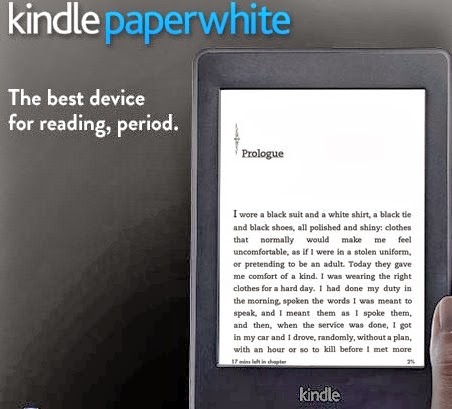